With a pre-performance with Alexander Gedeon, Allen Cordell, and myself.

I was recently asked by pianist Lorenzo Marasso to write a short piano piece in response to Bach’s Invention #13 in Am. My piece is cleverly titled Canon in A Minor. It’s a strict canon at the octave, with the two voices one 16th note apart from each other.

Lorenzo will play Canon in A Minor along with pieces by 14 other composers this Sunday 7/26 at 6pm, live-streaming on YouTube and Facebook.

I’m collaborating with Alexander Gedeon and the Now Hear Ensemble on a piece I’ve been wanting to do for a very long time, titled Concerto for Having Fun with Elvis on Stage.

We will premiere CHFES on October 18 at Automata!

CHFES combines live music and theatrical performance to reframe the cultural significance of the “worst album in rock and roll history.”

“Having Fun with Elvis on Stage” is a 1973 album collaged entirely from Elvis speaking on stage between songs at live concerts – no music. AllMusic’s Mark Deming declared “hearing it is like witnessing a car wreck, leaving onlookers too horrified and too baffled to turn away.” Concerto for Having Fun with Elvis on Stage reimagines this vilified recording as the libretto for a sort of ghost opera, combining pop art nostalgia with new technology and classical instruments to create a memetic hologram of the endless purgatory of celebrity afterlife.

Members of the Now Hear Ensemble (Federico Llach, Brian Walsh, and Daniel Corral) will perform my original live musical score along with the original LP as if they were the pit orchestra for opera or musical theater – sometimes harmonizing with the words, painting emotions in the spaces between, or reacting theatrically. Meanwhile, Gedeon’s “Elvis” persona becomes a vehicle to explore all things banal and absurd in pop idolatry, as well as the performative aspects of ‘stage presence.’

The performance of CHFES will be preceded by a screening of Count In, a video piece by Daniel Corral that combines the voice of Poly Styrene (from 70s British punk band X-Ray Spex) with musical minimalism and colorful video. The result is a mix of Steve Reich, James Turrell, X-Ray Spex, LaMonte Young, and Sesame Street Pinball Number Counts.

If you missed the live performances of Summits thus far, you can see the premiere on the Santa Monica Public Library’s YouTube channel 🙂

This video playlist is from March 20 at the Sound Waves concert series at the Santa Monica Public Library.

Summits is a new song cycle using texts I have collected over the last decade while hiking in the San Gabriel Mountains. Each song is based on entries I have documented in various summit registers (notebooks often found at the top of mountain trails). These personal chronicles from regional pinnacles portray the wisdom, humility, and humor that can only be found on a mountain peak.

Summits is written for voice, string quartet, and guitar/accordion, and I am happy to be joined by singer Joanna Wallfisch and the Koan Quartet in bringing it to life.

We will premiere Summits at the Soundwaves Concert Series on March 20 in celebration of their 50th event!

Treat your senses to the sonic/visual mandala of Polytope, performed live at the Think Tank Gallery on October 17 and 19 as part of the LAX Festival!
Musicians Erin Barnes, Cory Beers, and Andrew Lessman will join me in performing this work of JI electronic minimalism and live feed video shadow play.
You can get tickets from the LAX Festival website. I hope to see you there!
Think Tank Gallery
939 Maple Avenue, Los Angeles, CA 9001

I’m very excited to announce the premiere of Polytope this coming March! Polytope is a multimedia microtonal performance for MIDI quartet.
To perform Polytope, I’ll be joined by Erin Barnes, Cory Beers, and Andrew Lessoman.
Performed entirely in darkness, it’s a mesmerizing dance of silhouettes of fingers over colorful glowing MIDI buttons, captured on live feed video and projected large and bright as a moving, visual score. Polytope is rhythmically charged in the vein of musical minimalists such as Phillip Glass, Steve Reich, or Arnold Dreyblatt, but harmonically inspired by the microtonal explorations of James Tenney, Erv Wilson, or Harry Partch. The multimedia style of presentation is somewhere between a string quartet, Kraftwerk, James Turrell, and an Indonesian dhalang (master shadow puppeteer).
Three performances of Polytope are scheduled in March:

This Saturday 8/27/16, I will be joined by Jeremy Kerner and the Isaura String Quartet in performing Refractions at the Carlsbad Music Festival! The performance will be at 12:30 at St. Michael’s Chapel. Here is a brief Instagram excerpt of Refractions:

I am excited to say that I will perform Comma on August 4-6 as part of New Original Works Festival at REDCAT! There will also be works by Wilfried Souly and I am a Boys Choir!
Here is an excerpt of Comma, which will feature 4-channel sound and live feed video projections!

Also, some of my music was used in the video trailer for NOW Festival 2016! Check it out:


I had a great time playing Diamond Pulses on Alan Nakagawa’s Ear Meal webcast last night! Here is a video of that performance from LA Artstream:


Tonight at 9:30pm, I will be performing Diamond Pulses live on the Ear Meal Webcast! Tune in at www.laartstream.com
Check out the audio now from Orenda Records‘ Bandcamp page, but be sure to check out the webcast tonight on LA Artstream to see the live feed video projections!

I am excited to announce my new album, Diamond Pulses! Diamond Pulses will be released by Orenda Records on September 12. There will be a release show that day at Automata.
Stream the audio from Bandcamp, then pre-order your copy from Orenda Records!
[bandcamp width=100% height=42 album=1844134484 size=small bgcol=ffffff linkcol=0687f5]
More info soon!

I’ll be performing Refractions, a new piece for music box and electronics, twice this weekend! 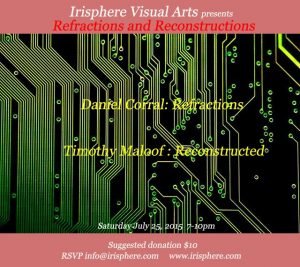 and Friday night at Battery Books 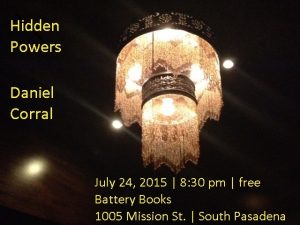 I’m excited to share that Timur and the Dime Museum will present my piece Collapse at BAM on September 17-19! 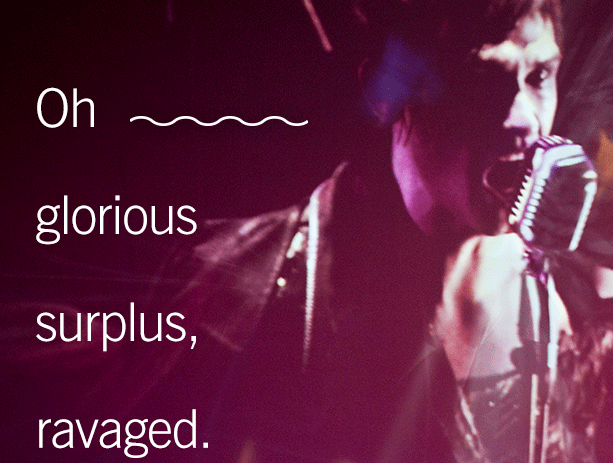 On August 28, I’ll be playing the following piece as part of Nicole Disson’s THE SERIES. Our performance will feature poetry by Mandy Kahn, and I’ll be joined in the music by Timothy Maloof, David Celia, and Eli Miller. However, there are loads of other performances throughout the evening!