Skip to content
June 29 Orin Hildestad and Matt Barbier will play two of my Diasporic Music pieces at a Dogstar Orchestra concert. Orin will play #4 and Matt will play #5. They will be paired with some of Lucky Mosko’s Indigenous Music, which they were partially named after. The concert is curated by Christine Tavolacci. 8pm at Calarts’ Wild Beast. July 1 I’ll be doing a short solo set at HM157. It will be an awesome night of solo sets by Jessica Catron, Emily Lacy, Tamala Poljak, Stefan Nelson, and Marisa Anderson. Organized by Jessica Catron July 3 The Wulf takes over MOCA! My accordion octet, Free Reed Conspiracy, will play my Neotrope. Not only that, my giant music boxes will be on display, as well as a new card set called Excursions. Come on down from 1-4pm!

Some fun things happening this summer! Getting Free Reed Conspiracy together again to play a show at the downtown LA Library. It’s a closed event unfortunately, but some other potential shows are in the works with that group this summer…
Also, started recording a new Dime Museum album. All original songs, unlike the last one.
In the meantime, a little video of my first Max/MSP patch with a contact mic and a single music box:


Here’s a video from the FREE REED CONSPIRACY concert at the Pasadena Creative Music series in December:

There will be several FREE REED CONSPIRACY shows coming up this summer, TBD…

On May 5, The Dime Museum will perform at the Bootleg Theatre with Dorian Wood
We will be performing mostly new material, much of it written by myself. Would love to see you there!
10pm
2220 Beverly Blvd, LA, CA 90057

Here is one of the new songs I wrote for the group, from our show at the Silverlake Lounge: 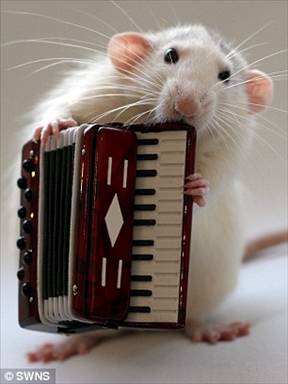 On Monday, March 25, Matt Barbier will premiere Diasporic Music #5: Travel, my new piece for solo trombone.
Not only that, but I will also be playing some solo accordion pieces!
Come on down – 7pm at the Donald Wright Auditorium in the downtown Pasadena Library
Part of the Pasadena Creative Music Series

On April 25, Matt Barbier will be premiering my Diasporic Music #5: Travel, for solo trombone.
The performance is 7pm at the Donald Wright Auditorium in the Pasadena Public Library.
285 E. Walnut St. Pasadena, CA 91101
Part of the Pasadena Creative Music Series

I’ve added a link to the LOLO AND LOLA website.

LOLO AND LOLA is a puppet show about my grandparents during WWII in the Philippines:

I’ve redesigned my website, making it easier to update!
There is some new audio and video to check out, a calendar of upcoming shows, links to groups I am currently playing with, and more
I’d love to hear what you think of it: danielcorral [a] spinalfrog.com
– Daniel