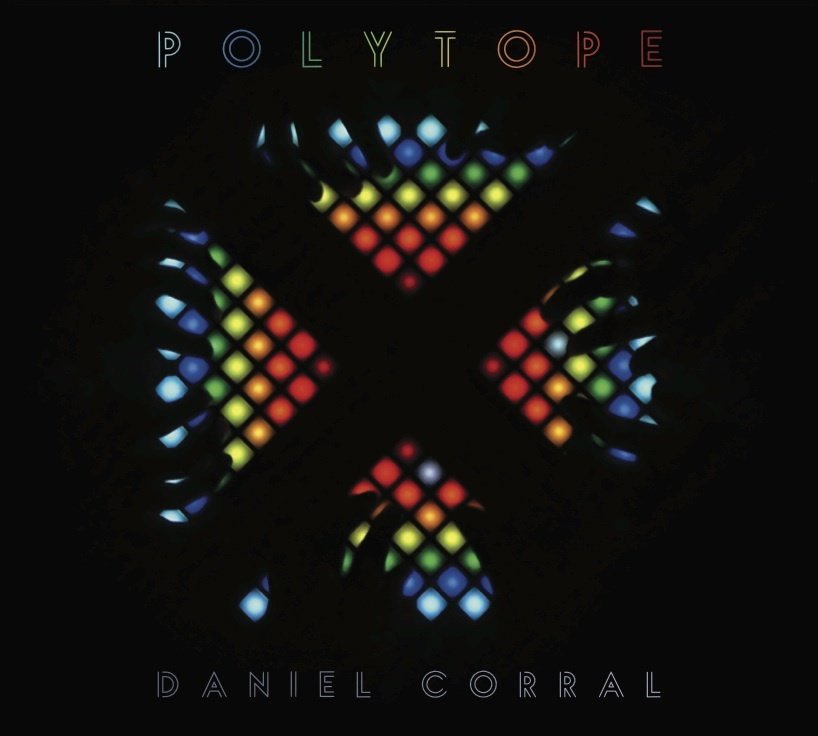 Polytope is a multimedia microtonal performance for MIDI quartet. Performed entirely in darkness, it’s a mesmerizing dance of silhouettes of fingers over colorful glowing MIDI buttons, captured on live feed video and projected large and bright as a moving, visual score.

You can hear Polytope on Bandcamp or get a physical CD on CD Baby. You can also stream it on Spotify, Apple Music, or any other major streaming service.

Polytope is rhythmically charged in the vein of musical minimalists such as Phillip Glass, Steve Reich, or Arnold Dreyblatt, but harmonically inspired by the microtonal explorations of James Tenney, Erv Wilson, or Harry Partch. The multimedia style of presentation is somewhere between a string quartet, Kraftwerk, James Turrell, and an Indonesian dhalang (master shadow puppeteer).

Onstage, four MIDI controllers sit on a small square table. A single video camera captures the view from above. The controllers are not traditional keyboards; they are glowing grids of 8×8 buttons, rotated 45° to create tonality diamonds. One musician stands before each controller. In the dark, the overhead camera captures the colorful, changing patterns of grid lights and the fast-moving silhouettes of the musician hands. The live feed video is projected in the space, creating a larger than life, colorful multimedia experience inspired by Light and Space art that also acts as an evolving, visual score.

Riting: “Polytope embodies ‘the gold standard’ of ambient music — it can hover in the background and cast a subtle vibe, but will also stand up to closer inspection: delicately layered overtones cascade and recede, forming a spellbinding latticework. In moments, it’s not unlike water drops on a windshield, dripping and streaking reflected light with each movement of the wiper.”

Sequenza 21: “Polytope is an extraordinary piece of musical and visual art… that is both accessible and compelling.”

Vital Weekly: “Whatever it is, it sounds simply wonderful… worth your every while.”

The Stranger: “After five minutes of this silvery, undulant tintinnabulation, I was ready to evaporate into another more sparkly and stimulating dimension than the one in which we currently suffer. This piece sounds like gamelan from Pluto—or maybe ’70s Philip Glass as interpreted by Harry Partch on his Cloud-Chamber Bowls.”

New Classic LA (Interview):  “Daniel Corral’s latest work, Polytope, premieres at Automata as part of this year’s MicroFest, who have named their season after it. We were lucky that Daniel had a minute to answer some questions about this piece…”

24700: “Composer, CalArts faculty and alumnus Daniel Corral (Music MFA 07) presents the live debut of his latest release Polytope to Automata in Los Angeles on Sunday (March 18). The concert is the featured performance of this year’s MicroFest 2018.”

MetalJazz:  “Musicians who know the turf”

The Rest is Noise:  Miscellany

Published in Xenharmonikon on January 4, 2022

This article describes the compositional and performance practices involved in my 2018 piece Polytope. This microtonal multimedia piece is performed by 4 musicians playing Launchpad Pros in total darkness, with live feed video and electronic 4-channel sound.