PART 2: Static
PART 3: Counter-clockwise
The score consists of three square images and transparencies with musical staves that are to be layed over the images. There is a variety of image/score combinations and orientations, which gives the performer a choice in how they would like to interact with the piece. Below is an example of one of those ways. 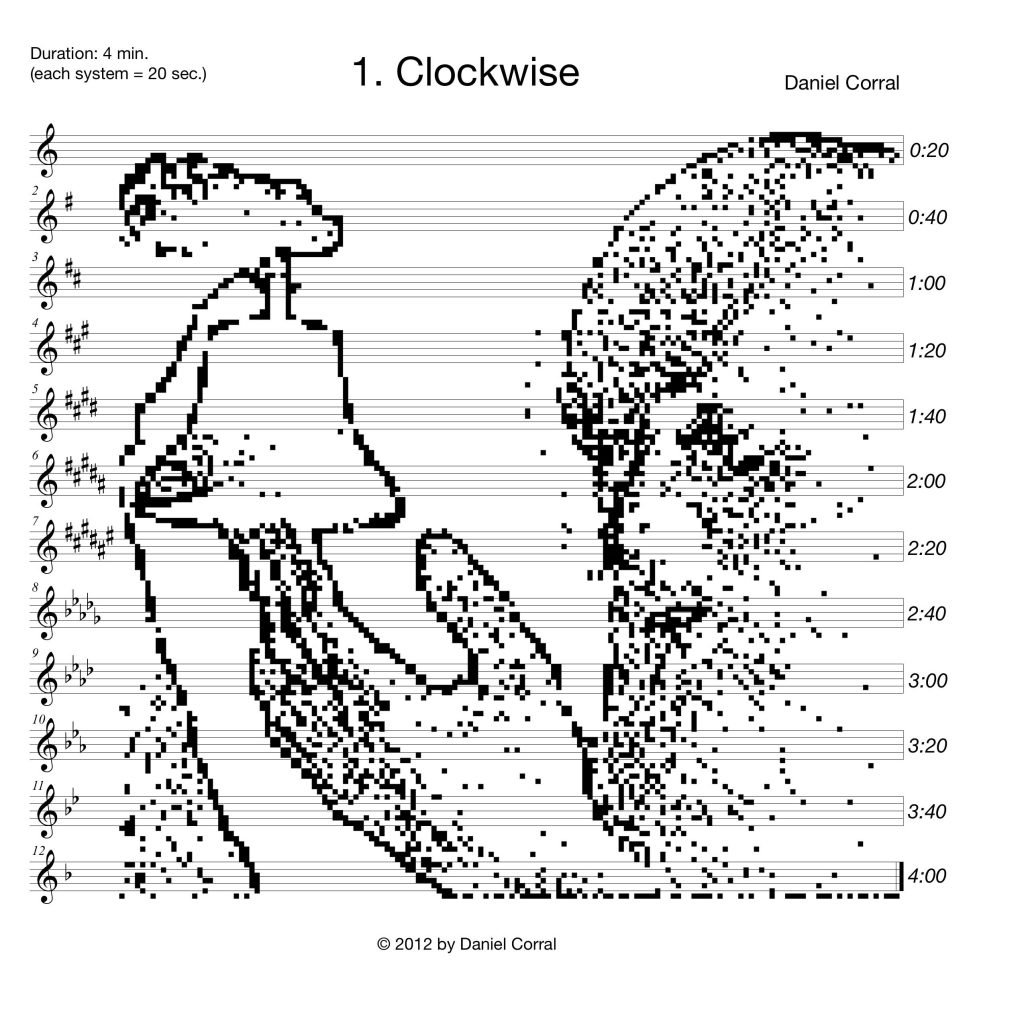